Do you absolutely LOVE New York?
Then I’m sure you are also going to love these awesome New York themed bedding sets for sale on this page! 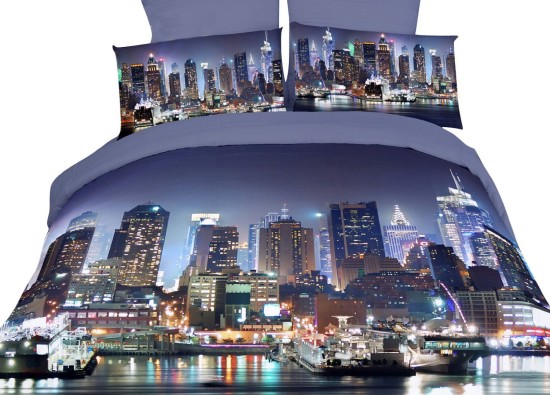 This is my favorite New York theme duvet cover set!
(The duvet cover is thin. You will need to insert your own comforter inside. Just grab an old one or plain one and make it beautiful again!)
I love that it includes the gorgeous New York pillow cases as well!

Here are my other favorites!

The Most Beautiful Statue of Liberty NYC Themed Bedding Set for Sale! 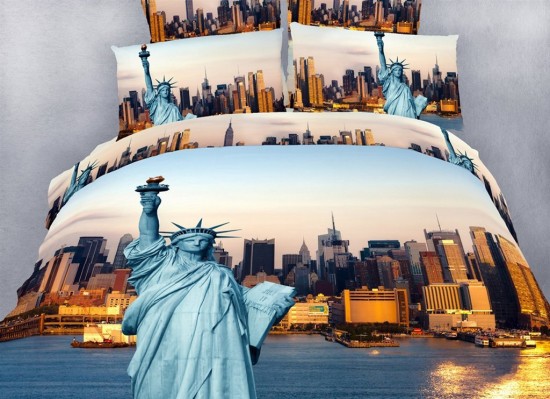 OMG!
Did I just die and went to New York?
How absolutely stunning is this Statue of Liberty themed bedding set?
I am in love!!
Wow!
I cannot think of a better way to create the best ‘New York bedroom’ than this! 🙂
(To make it even more realistic you can also add a fabulous Statue of Liberty wall decal 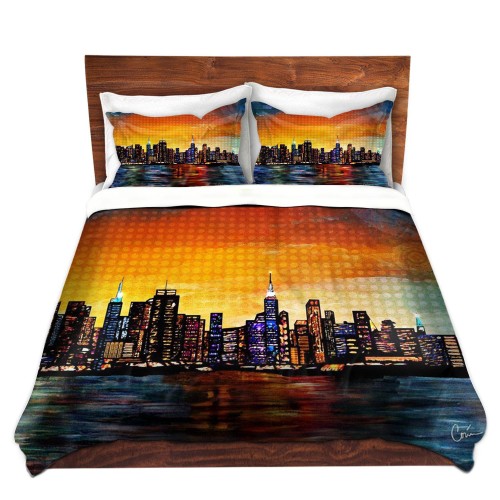 Wow!
This is truly a work of art!
It’s a gorgeous orange New York city skyline soft brushed twill duvet cover for sale!
You will be sleeping on a canvas!
Bad news: it does NOT include the pillow shams…
Unfortunately… 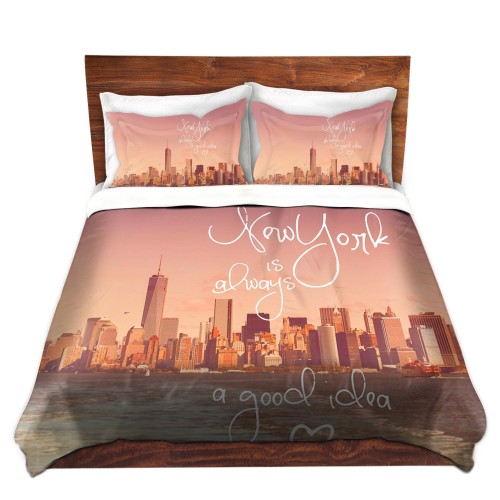 Another cool and beautiful brushed twill New York skyline at sunset duvet cover for sale!
It’s available in three sizes.
I love the saying ‘New York is always a good idea!’
Ain’t that so? 🙂
(This one also does not come with the shams.
Be aware of this before buying.)
You can also use this duvet cover as a throw blanket as well! 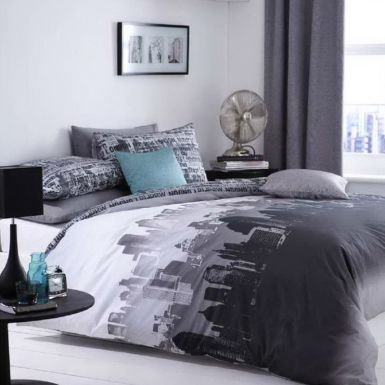 This is an affordable NY city skyline black, white and grey duvet cover set that includes the two pillow cases.
Some buyers said that even though this is a king size duvet, it fitted a queen size comforter better.
(I always like buying one size bigger anyways because I want the comforter covering my whole bed and going all the way down on the sides…) 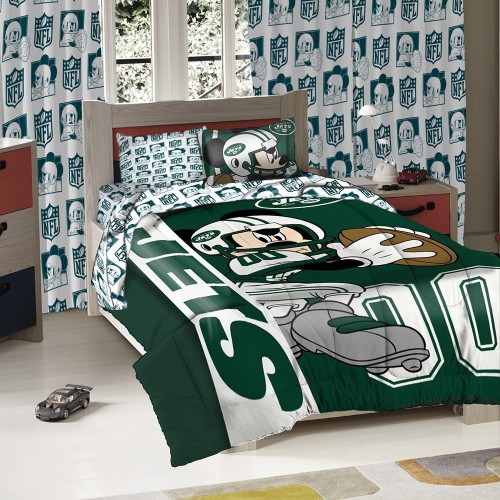 It’s time to make a little boy’s bedroom even more awesome with this gorgeous, fun and ultra-green New York Jets twin size comforter set for sale featuring Mickey Mouse as the star player! 🙂
It comes with one pillow sham only, but it is really affordable! 🙂 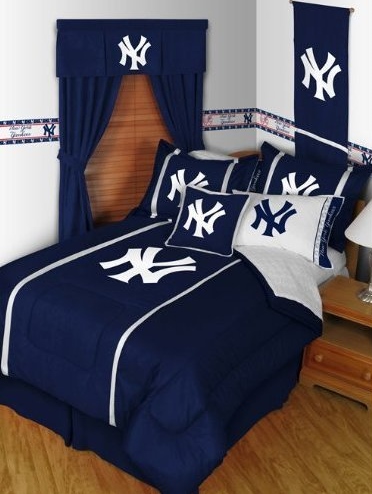 Got a teen boy who absolutely loves the Yankees?
Then this 5-piece gorgeous New York Yankees comforter set might be the one for his bedroom!
Besides the comforter it also comes with the flat sheets and the pillow cases! 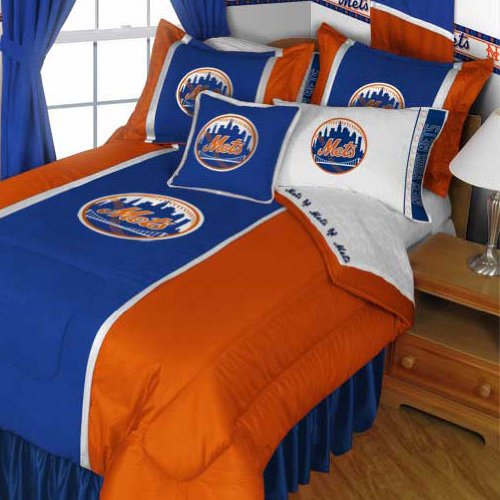 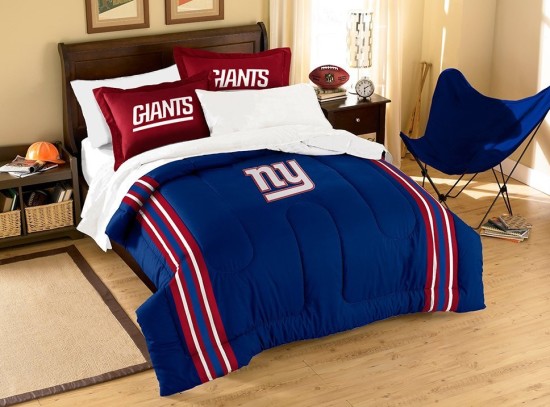 And last, but not least, a very nice NY Giants comforter set for teen boys!
Besides the gorgeous comforter it also includes the two pillow shams!
Go giants!!

This site uses Akismet to reduce spam. Learn how your comment data is processed.

By Theme and Design

Cutecomfortersonline is a participant in the Amazon Services LLC Associates Program, an affiliate advertising program designed to provide a means for sites to earn advertising fees by advertising and linking to amazon.com.

**CuteComfortersOnline is also a designer associate at Zazzle.com and as such receives compensation for sales that are generated through the links on this website.